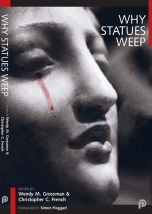 I have written articles for a range of different magazines and periodicals over the years. Many of the articles were related to software, but by no means all. A long-forgotten article I wrote for UK-based The Skeptic magazine some time back in the 1990s recently resurfaced when I was asked for permission to include it in a ‘best of’ compilation of 21 years of the magazine. Sucker that I am for seeing my name in print, I jumped at the chance.

The article ‘Myths of Secret Powers’ combines my long term interests in martial arts and skepticism and discusses whether the martial arts are able to unlock mystical secret powers unknown to western science  (executive summary: no). I am flattered that my name appears in print alongside many of the great and good in the skeptical movement, including: Richard  Wiseman; Susan Blackmore; Chris French; Ray Hyman and interviews with magician Paul Daniels and writer, broadcaster and ‘national treasure’ Stephen Fry. Other articles in the book cover a wide range of subjects, including:

There is much to interest anyone who thinks there is merit in taking a rational, evidence-based approach to understanding the world we live in. It is certainly a refreshing tonic to the tidal wave of woolly thinking foisted on us by a credulous and lazy media.

You can purchase the book from Philosphy Press or through Amazon.

3 thoughts on “Why statues weep”

This work is licenced under a Creative Commons Licence.